A DDoS attack is an Internet security threat that infects multiple systems. Here are some ways on how to handle this type of threat.

“Freak” is a new and potentially dangerous Internet security threat which researchers say can copy anything that you transfer via the net, including credit card details, passwords, social security numbers and files transferred between a computer and website. Such data can easily be accessed by hackers who use this program. Experts say that it affects a number of platforms including Google’s Android OS, Apple’s iOS, Mac & Windows PCs. Anyone who uses the internet to search for information or buy goods is at risk of this malicious program. 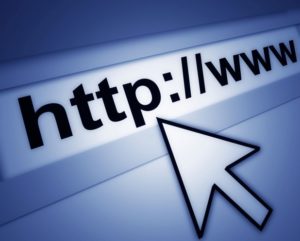 The Internet security threat was first discovered by Microsoft Company and the French Institute for Research. Programmers say that it mainly depends on SSL systems and its successor the TLS to run; there are both common cryptography protocols that are used in securing sites where online users often put sensitive personal data. The system allows attackers to seize an HTTPS link between clients and their primary server, consequently forcing the platform to adopt a weaker version of 512bit encryption which is easy to break.

If a computer hacker is successful, they can spy on your device and even install viral software files which can destroy hardware systems. The exploit allows Internet security attackers to unencrypt and gather all data transferred between server and client, even though at first glance your link may seem secured with https.

Nevertheless, there’s still hope for those who are in need of an immediate solution for “Freak”. It can be activated through the group policy found on Microsoft domain networks, or individual PCs on interconnected Internet networks by disabling all at-risk encryption codes. Most browsers also have specific workarounds and Internet security updates which are available to users. In addition, there’s a website that has been setup containing self-test tools that can be helpful in determining whether your computer is prone to an attack or not.