It’s official. Goodbye Pirate Bay. Goodbye bit torrents. Everyone living off freebies from the Internet is crying foul. Content creators are having a field day. Why? Australia’s Senate voted to enact legislation to block websites in a bid to crack down on rampant piracy. How will it affect your Internet activities? Are there repercussions to online anonymity? 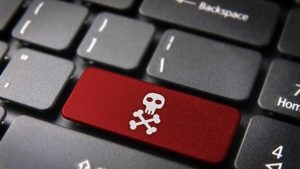 The Senate had been debating amendments to the Bill for an entire day. The Bill had bi-partisan support from the Coalition and Labor. As expected, the Greens were opposed to the Bill’s passage without some key amendments. They called for the Bill to be watered down to prevent its usage as a de facto Internet filter against “objectionable” material. The Bill passed through the Upper House without a single successful amendment. They were voted down all through the day.

When the final vote held, the Bill passed with 37 yay votes to just 13 against.

After the Copyright Amendment Bill 2015 has been signed into law by the Governor- General, it’ll only be a matter of time before the first sites start getting blocked. Don’t let the rumours sway you – the Bill is only after copyright infringement, not online anonymity. In fact, online anonymity is in line with your right to privacy, and no one can take that away from you.

What the Anti- Piracy Bill Means

The controversial anti-piracy legislation will see to it that Internet service providers (ISPs) block access to websites which host material that infringes copyright. Online anonymity is not the target of this legislation. Companies can now go to a Federal Court judge and get overseas sites blocked if their “primary purpose” is to facilitate the copyright infringement. At first, you won’t notice any difference. Even if you currently share torrent files such as movies or music without paying, nothing will change. The rights holder first has to succeed in the getting the Federal Court of Australia to order an ISP to block a website. The ISP will then take steps to filter the website and its contents, preventing their customers from accessing them.

The first targets of the legislation are likely to be popular torrenting and file sharing websites KickAssTorrents and The Pirate Bay. Your days of pirating music, TV shows and movies through file sharing sites are numbered. Online anonymity services such as those from VPS won’t be affected. They are still a legitimate online anonymity service for privacy-and security-conscious Internet users.

The Film and TV industry considered it to be a victory whereas for the rest of the citizens it was very shocking. Everyone was used to getting high quality stuff from the Internet for free. According to Vanessa Hutley, the General Manager Music Rights Australia, Australian consumers have more than 30 licensed music sites to choose from online , yet “these illegal sites have continued to flourish and make money for their operators” simply because nothing much could be locally done by the copyright owners to stop them. 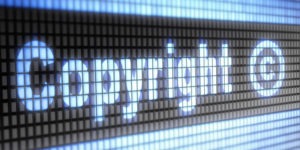 While some have chosen to pirate less, others have decided to go underground. Faced with increased monitoring and potential legal action many file-sharers have taken counter measures- they’ve sought online anonymity. The Aussie anti-piracy legislation has triggered massive surge in VPN and BitTorrent proxy usage. The recent events have driven tens of thousands of new users to anonymizing services. The Internet is like a river-if you try to block its flow, the water will find another way. VPN service providers are prominent as geo-unblocking kryptonite. The online anonymity they offer is a welcome bonus. The Aussie case won’t be the first time that anti-piracy measures have turned people to anonymizing tools. The same thing happened when the US Copyright Alert System was launched. There was also a spike in online anonymity services in Canada after ISPs began forwarding piracy notices.

The government will review the effectiveness of the laws in 18 months.