The Pentagon has just updated its strategy on cybersecurity. But as the updates were rolled out last month, there is one crucial item that may have escaped the attention of many – the strategy on Internet anonymity. 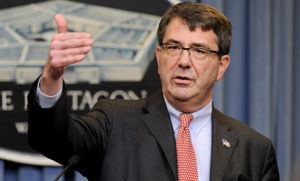 What many didn’t realize is the smart move by the Department of Defense to use the newly updated strategy to openly attempt to reduce the level of Internet anonymity that is often enjoyed online.

According to the Department of Defense, Internet anonymity enhances “malicious cyberactivity” by both state as well as nonstate groups. While the latest move is widely seen as the boldest ever attack on the web’s secrecy, the Defense department has always expressed its opposition against anonymity on the web. It is in 2009 when then DOD chief information officer Robert Lenz spoke sternly against Internet anonymity, saying it needs to be driven out of the Internet. He even went ahead to refer to the need to kill anonymity as the most important priority for the country.

Now the new strategy has apparently identified quite a number of problems with Internet anonymity. For instance, the government cannot identify and punish cybercriminals because they are shielded by anonymity. It’s also difficult for Pentagon to effectively respond and stop cyberattacks.

Internet anonymity is the typical double edged sword. While it serves as the best protection and cover for criminals and people with malicious intentions, it also protects honest individuals against unfair government or corporate retaliation for simply expressing their opinions on matters that affect them.

Anonymity creates the best platform for freedom of expression to thrive. Remember free speech is a fundamental component of democracy which is key for a balanced and fair society. Honest individuals out to express unpopular views can only do so in the comfort of anonymity because it’s always obvious that not everyone will tolerate their views. Those against them are ever eager to identify and punish or even eliminate them.

This is why Internet anonymity is a serious necessity for the honest persons whose only desire is to voice what they feel should be expressed for the greater good of everyone. Think about the journalists and bloggers who took cover in the anonymity of Tor to hide their identities when expressing their views online during the revolution. These are people who stood up to fight for democracy. Internet anonymity gave them the comfort and space to do it.

Without Internet anonymity, the freedom of expression plus the healthy political activity that it often guards will also go away. The consequences of such a move will be fatal and the impact dire. Even the businesses that are currently supporting the eradication of anonymity will begin to feel the detrimental effects of an internet void of anonymity.

While the problems cited are valid, the notion that anonymity should be driven out is one that must be approached with caution. Freedom of expression and healthy political activity are fundamental pillars to any society that wants to make progress. Instead of killing these key pillars, the Pentagon may want to consider strategies that identify the criminals without necessarily punishing the genuine individuals who are voicing their honest views online. They must always be protected and Internet anonymity is their supreme protection.