In a study conducted by a research team at Drexel University, it has been found out that online anonymity provided the cover which sexual abuse survivors, particularly those belonging to the male sex, seem to be seeking. They seem to find support in the anonymity forums that exist online and tend to come up with more candid revelations and seek help more openly.

It is a pretty well-known fact that a majority of sexual abuse stories go unreported. This is purportedly because of the social stigma that is attached with coming out in the open about having been a victim of sexual abuse. Paradoxically, it is also a fact that when victims speak out in public about the sexual abuse that they have suffered, the healing process is accelerated. 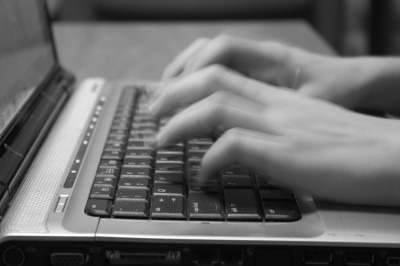 The research paper that was presented during the 33rd annual conference held under the aegis of the Association for Computing Machinery in the section of Human Factors in Computing Systems had its main theme lined on how survivors of sexual abuse tended to open up in the online space when they were able to conceal their identities. The paper presented by Nazanin Andalibi, a Dextrel University doctoral candidate, and Andrea Forte, PhD, who works as an assistant professor in the College of Computing & Informatics, found out that these survivors were ready to ask for help under the cover of online anonymity. Another point that caught their attention was that men were more ready to disclose their ordeals, experiences, and thoughts when given a method of being able to conceal their true identities as in anonymous online forums.

Other research team members that studied as to how online anonymity encouraged sexual abuse victims to speak up were Oliver Haimson from the University of California and Munmun De Choudhury who works at the Georgia Institute of Technology as an assistant professor. The study included views of public posts that came up on the website Reddit from three sub-forums called subreddits. These online forums were related to abuse. The messages were from a mixed group of participants that called themselves redditors, posted over a period of 10 months in 2014. These participants created accounts with pseudonyms and accounts that could be used only once (throwaway accounts) to add to the online anonymity. The group of researchers analyzed close to 200 random posts that were secured from a group of 2000. The analysis was centered on how sexual abuse survivors sought support and the nature of variation of their disclosures depending on their origin – the throwaways or the other accounts. One of the main findings of the research was that sexual abuse survivors who were men used throwaway accounts to disclose their experiences or to seek support. The throwaway account gave them an extra layer or a mask that helped to conceal their true identities.

Another important finding was that Reddit was a forum that was being frequently used by sexual abuse survivors for disclosing their experiences of rape and assault for the first time because of the online anonymity that it offered for the victims. The findings of the research team showed that the stereotype male generally shied away from seeking advice or help and this ideology played a large part in discouraging help-seeking behavior. Throwaway accounts helped the affected males to overcome this hurdle to a large extent. The authors were also of the opinion that this aspect of online anonymity can contribute positively to sexual abuse survivors coming out with their first-time disclosures or even aid them to seek advice from appropriate support groups. Further, new design provisions could help the subreddit forum moderators to identify first-time disclosures and help-seekers and direct them fruitfully to appropriate resources.

Additionally, the researchers opined that fundamental needs of a sexual abuse victim such as talking about their experiences, seeking support, and coming out in the open about the feelings and thoughts that plague them are mostly unmet in the real-world scenario. This point was evident when some survivors came out in the open for the very first time in cyberspace. They observed that those victims had never shared their experiences one-on-one with anyone else before that point in time even when offline.