Last Thursday, the US Supreme Court approved a new rule that would make it easier for law enforcement agencies including the FBI to hack any computer, regardless of its location. This decision will take effect from December unless the Congress opts to bring up a competing legislation against the decision. The FBI will have the powers to search any computer (even those that are remotely located) that has online anonymity software installed in it. The new ruling also allows the FBI to hack into computers that have been hacked once or those infected by a botnet, which is a type of malware program that takes over many computers and infect them with viruses.

Federal judges would now be able to issue search warrants that would allow law enforcement agents to search or seize any computer anywhere. The rule also incorporated a small paragraph that is related to computers using privacy software. According to approved change to Rule 41, a federal magistrate judge has the power to issue a search/seizure warrant for any computer anywhere in the world that uses online anonymity tools like VPN and Tor. The US Supreme Court has purportedly approved the rule change to combat the rising incidents of cyber-crime. Interestingly, this rule was approved just a day after advancement of a bill by the US House of Representatives that made it a prerequisite for the government to obtain a judge’s cause warrant before seizing stored data from company computers such as Dropbox, Facebook or Google.

John Roberts, Chief Justiceof the Supreme Court,submitted the rule change to Congress as part of the annual collection of amendments to the Federal Rules of Criminal Procedure.Kevin Bankston, Open Technology Institute director (policy advocacy group) opined that the changed rule would authorize much more of government hacking than what is happening currently. He urged the Congress to pose questions to the FBI in this regard. It is alleged that FBI is fighting cases in court to keep its spying tactics a secret from the public.

As a deviation from the current Rule 41 which allows a magistrate judge to issue search warrants only within their jurisdictions, the amended rule would allow the same magistrate judge to issue search/seize warrants on any computer if its location has been hidden through technical means.It is also possible for the government to search millions of computers all at once with just a single warrant. There was added concern that the computers searched would belong to the victims of the cyber-crime that seek online anonymity instead of the perpetrators in most cases.

Whereas many of the experts that testified against such changes of the rule and privacy advocates are smarting against the upper handedness of the government, many are calling on the Congress to reject the rule that could mean an end to online anonymity. Senator Ron Wyden, an advocate of privacy, added that the amendment was clearly a debate that the Congress and the elected representatives of the country should take up and resolve after adequate public vetting. This is important in the light of the fact that there are over a million people that use Tor and other online anonymity tools for very legitimate reasons just as some others are using it to hide their crimes. 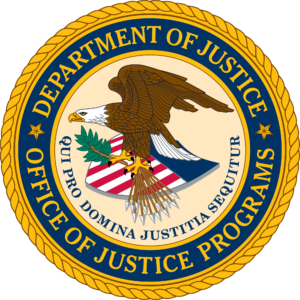 Absence of any opposition to the rule means that it will come into effect in December this year and will result in spying by the government on users of Tor or VPN services without the user having any knowledge of it. The Department of Justice, however, welcomed the amendment. Their argument was that this change would help to prosecute those criminals that use Tor or similar tools to maintain online anonymity while perpetrating their crimes.

Earlier in the month, an Oklahoma federal judge had to turn down evidence in a case relating to child pornography owing to the limitations of Rule 41. Though the amendment to Rule 41 was proposed in the year 2015 by the Department of Justice, Google, in collaboration with other privacy advocacy groups wrote a letter expressing concerns about the violations of international agreements that this amendment would bring about as a result of the authorization of the government to conduct searches on computers outside of the United States.