Ever since the beginning of the Internet there has been a huge discussion about user anonymity – is Internet anonymity justifiable and when; should we all just use our legal identities while browsing and communicating on the internet. Naturally, there are lots of pros and cons to both sides of the coin.

Pros and cons of Internet Anonymity 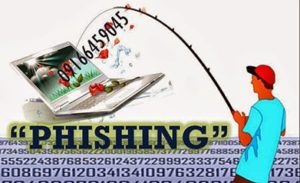 Major advantage of Internet anonymity is the opportunity to speak freely about things that would otherwise bring about unpleasant consequences to a person. This allows people to talk freely about their sexual orientation without fear of judgment, still very present in many countries; unpleasant experiences, such as harassment, sexual abuse or diseases; expressing political views that are different from the government’s, which is true especially in countries with limited freedom of speech.

In these situations Internet anonymity comes in very handy, but the major disadvantage of it is the fact that it can be used by criminal organizations and for criminal activities. Internet criminals are quite skillful at hiding, and typically they will attack those who use their real identities. So, many people view Internet anonymity as a major threat.

Those concerned about Internet security in general are mostly in favor of the anonymity; while law enforcements have a lot of trouble catching cyber criminals precisely because the high level of Internet anonymity.

The most common delusion of the average Internet user is the belief that using aliases instead of a real name will provide them anonymity. The truth is that it won’t, and the reason is quite simple – every computer has its IP address and it leaves digital footprints wherever you go on the internet.

Preserving anonymity has become much trickier since the social media came into play. It really doesn’t matter if you’re posting on a forum under a pseudonym; because, even an average hacker will be able to trace back to your Facebook  profile for example, which in most cases is on your legal name. And if you happen to link your social media profiles to any of your third-party profiles – their job gets even easier!

From here they can do whatever pops into their head and there’s no way for you to know that, until some serious damage happens. What’s worse, with them using various anonymity tools it makes them difficult to find; so, you won’t be able to press charges against them. Now, imagine someone bulling other people in your name; posting racist articles; manipulating your stock market; spending money from your credit/debit cards… You can end up in a lot of trouble, just for not being careful enough.

Luckily, there are some actions you can take to improve your Internet anonymity and security in defense against hackers.

• The main thing is to make strong passwords using symbols, numbers and letters, both upper and lower case.

• Also, consider using different passwords for different platforms, since platforms have various tools for protecting users’ passwords and not all of them are reliable.

• Using a VPN is another way of protection against hackers and preserving your Internet anonymity. VPN stands for Virtual Private Network and it will basically hide your computer’s IP address and your location. It is a most useful tool when using public networks, such as restaurants, airports, neighbor’s internet 🙂 etc. Plenty of hackers are just waiting out there for you to login into your Facebook account via the public network.

• Another thing you should be mindful of is to avoid giving your email address to untrusted sources and never (really, never!) use your social media accounts when creating a profile on third-party websites.

• Phishing is also something you should be very aware of. Hackers often send links to their potential victims in an email. These links lead to fake websites which look the same as their original counterparts; only their addresses are slightly different – for example it won’t be facebook.com but ffacebook.com or instead of skrill.com, you’ll see skrllll.com (triple l). People usually don’t notice these things and they just fill in the login information, practically giving away their usernames and passwords to hackers. 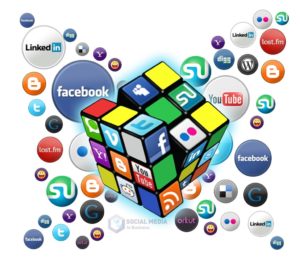 We’re everyday witnesses of Internet being un-forgetful; everything you’ve ever done online is stored somewhere waiting to be used against you. And, hackers have a wide spectrum of tools they can use against you; no matter how careful you are they will always go above and beyond in discovering more creative and more subtle ways to get into your computer. You can never be careful enough, but you can make it a bit more complicated for them by being more mindful of your behavior online.