The popular phrase “the internet never forgets”, as simple as it sounds, has some long lasting effects on its users. Tracking and information security (or lack thereof) are some of the main reasons why the public in general are paranoid about using the internet. This brought about the Darknet, an Internet anonymity channel that can be used on specific networks, protocols and servers to protect the user while browsing the web. It can be done through peer-to-peer networks or through services such as Tor. Whatever the case, it has its positive and negative sides.

1. It can be used for hacking. This then means that there are people with the ability to compromise another party’s security while trying to protect their own.

2. It has been used in regions with political strife and for activism. Many other countries have opted to restrict access to the internet for political reasons. This then makes Darknet both a positive and negative thing. Positive in that the masses can still share information with the rest of the world and negative in that Internet anonymity can be used for spreading propaganda and hate speech.

3. It is perfect for file sharing. It is usually illegal to file share unless the content is either paid for or approved by the author. Therefore, people choose to share files via Darknet to avoid detection and legal repercussions.

The most popular Darknet software to date is Tor. It is an application that is downloaded to a PC and is used to bypass regular servers. The user can then browse the web freely without fear of detection thanks to this proxy server. Others include the Invisible Internet Project (I2P), Freenet, GNUnet, OneSwarm and Tribler among others. Freenet and Oneswarm are the more popular peer-to-peer software that enable file sharing, as long as discovery features are turned off on the machines in use. 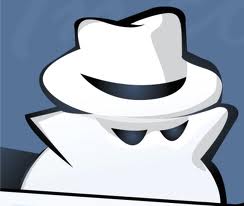 Internet anonymity has gained so much ground in the world that popular browsers Firefox and Google Chrome have an “incognito” browser. This lets you freely browse the internet without fear of detection, as long as it is not used on a communal network. The Darknet has gained popularity on both sides of the coin but it is up to the end user to take advantage of this Internet anonymity for positive actions.