After five months of pursuit for a new Executive Director, Tor’s quest has finally come to an end. Tor had been looking for someone to continue leading the organization with the same enthusiasm and having in mind the same values this giant has been promoting over the years; someone who can work on educating the public about the importance of online anonymity.

It is Shari Steele, a former Executive Director at Electronic Frontier Foundation (EFF), that has been announced as the new Executive Director of Tor Project. The choice is really quite logical, for the two organizations have more than one thing in common.

While Tor provides online anonymity for its users using the encrypted multilevel relays, the EFF describes itself as the leading nonprofit organization defending civil liberties in the digital world. Tor provides specific online service to its users and EFF is more involved in protecting human rights in legal sense.

Who is Shari Steele? 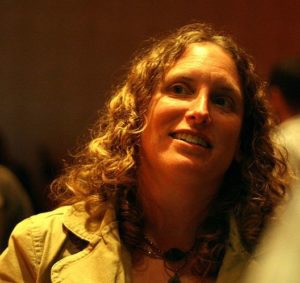 According to Wired’s opinion, Steele sounds like an ideal person for leading the Tor Project. She started her career at EFF as a leader of a small group of lawyers and led them into becoming the world-class team. EFF has been involved in almost every significant legal battle of the digital world; it even battled with NSA’s dragnet surveillance programs and challenged the government’s use of National Security Letters.

Shari Steele is often described as a passionate advocate of free speech, and during her time at EFF as Executive Director her main responsibilities were fundraising, financial structure, employee welfare and benefits, support system for the office and many other things. Her leaving the organization was the result of her wish to move.

Shari Steele has proven herself a great leader and probably the best testimony for that is the “Farewell blog post” by her former colleagues.

The founder of EFF, Mitch Kapor recalled the early days of the organization which also coincides with the early days of cyberspace. He also spoke about Steele’s role in stabilizing and transforming the organization into, as he put it “a beacon of freedom in today’s online world.” Kapor went on to express his huge personal gratitude to Steele, wishing her best of luck in her future business ventures.

Her interest in taking the role of Tor’s ED is not a big surprise, since this is not the first time Steele is involved with Tor. At very same farewell blog post, Roger Dingledine, Project Leader, Director, Researcher at Tor Project remembered Steele’s crucial decision when she “took a chance” and helped fund the project in 2004, despite EFF being more focused on legal aspect of the similar idea. Dingledine pointed out that Tor and online anonymity might not even exist today if it wasn’t for Steele at the crucial moment. On two more occasions Steele stepped in for Tor, once with resources in staff and the second time as fiscal sponsor when Tor applied for Omidyar grant.

Despite being created as means for online anonymity, which was supposed to provide Internet users with security and freedom, Tor has met with many negative reactions of the general public, mainly due to excessive misuse by the drug dealers selling illicit drugs on darknet markets. These darknet markets can only be accessed via Tor Browser; hence its appeal.

Nevertheless, there are still more positive applications of Tor network and online anonymity it provides, for many journalist and freedom fighters use it a tool for communicating with whistleblowers, especially in countries with limited freedom of speech.

New Executive Director of Tor will have a difficult job of presenting it to the public as a good thing; an idea of online anonymity that really should be supported with heart and soul; as well as sponsored. Shari Steele believes that no major turnover in Tor’s business will take place after she assumes her position – it will remain the leading provider of online anonymity and security on the internet today; plus, she is promising to expand the boundaries to new horizons. What this boundaries-and-horizons part means exactly remains for us to see.

In the meantime, Roger Dingledine is relieved to have the new Executive Director and is very excited that his team of developers will finally be able to completely devote to improving Tor network. 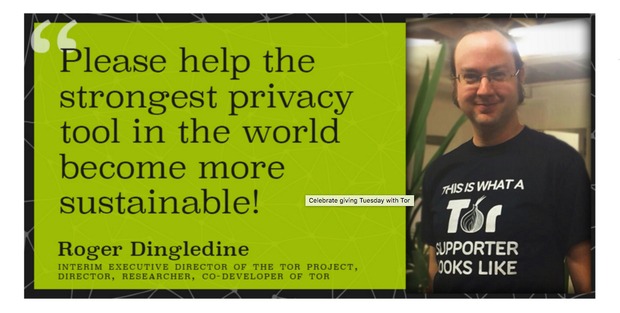 Some might say “About time!” because earlier this year one of the darknet markets, Agora, “retired” from business claiming that they have found a glitch in Tor’s security system and decided to wait some time until this is fixed.

Another incident is also related to this glitch in Tor network. Back in 2014 in the Operation Onymous more than 27 darknet markets have been seized because the online anonymity Tor was supposed to provide was compromised.