With so much of our information available on the internet, maintaining online anonymity can be a challenge. Many of us look for privacy and online anonymity especially in chat services. Ricochet software is the perfect solution as it lets users connect through instant messaging without having to disclose their identity. 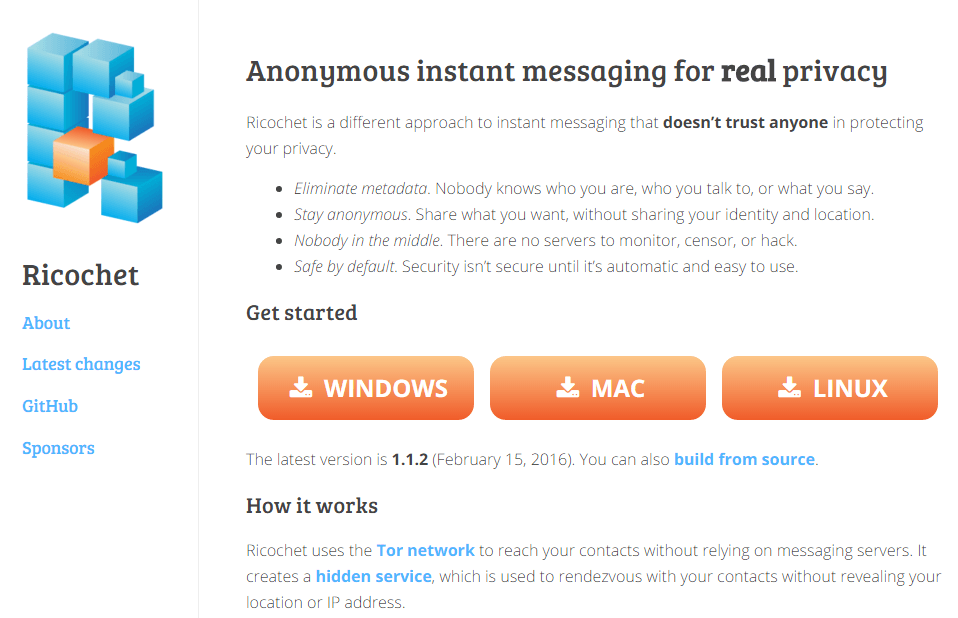 Ricochet is open-source software that operates on multiple computing platforms. It was developed initially by John Brooks and was called Torsion IM. It underwent multiple changes since then and was renamed to Ricochet in June 2014. Ricochet recently passed its first security audit conducted by NCC Group and had been sponsored by the Open Technology Fund (OTF). The vulnerability that was found which could deanonymize users has been fixed in the recent version release.

Tor maintains online anonymity by directing traffic through several thousand relays over a free, volunteer, worldwide network making it extremely difficult to track traffic back to the user. This hides the user’s details, location and usage from anyone who is trying to identify users through traffic analysis. This detailed relay of traffic also protects disclosure of identity through network surveillance.

Tor networks make it difficult to track Internet activity back to the user keeping the online anonymity of the user intact. These activities include all forms of communication like emails and instant messages, online posts and visits to different websites. To maintain online anonymity, Tor uses encryption of the information in the application layer itself of the communication protocol. This communication protocol is layered like an onion and hence the name. The innermost layer contains the information to be communicated while all outer layers consist of randomly selected relays through which the information passes before reaching the final destination.

When the information is passed over the network, each relay decrypts a layer of the encryptions and receives the information of the next relay through which the remaining encrypted data needs to be passed. Thus the peeling of the encrypted layers happens one after the other and the data passes through multiple relays. The final relay decrypts the actual data that needs to be sent to the recipient’s address and forwards it to the destination. Thus the final relay does not even know and hence cannot reveal the source IP address maintaining complete online anonymity.

Using this complex Tor network, Ricochet sends instant messages to recipients and these messages never leave the Tor network, which maintains complete online anonymity. Ricochet provides every user a screen name which is unique. This screen name is generated automatically the first time a user starts Ricochet. This user name is a combination of two parts, the first part is the word “ricochet”’ and the second part is the address of the Tor hidden service that gets started in the local system of the user when he starts Ricochet.

For two Ricochet users to be able to communicate and yet maintain online anonymity, at least one of them has to share their unique screen name with the other. This can be done either privately or publicly. Sharing screen name does not in any way mean that any details of the user get shared with the others. Neither the IP address, nor the physical location of any of the users is revealed when screen names are shared. 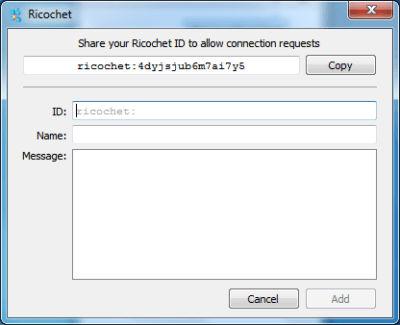 The advantage of Ricochet is that along with online anonymity, even the information shared is encrypted. Users do not have to register themselves at any servers which can pose any kind of threat to their online anonymity. The contact lists are saved locally on the system of users making it tough to know who the user is chatting with. Even chat histories are not saved to preserve online anonymity. Thus, Ricochet offers an instant messaging solution that maintains online anonymity and keeps all communication secure.