Freedom on the Net 2015 Report by Freedom House

The annual report by Freedom House, an independent government watchdog, indicates there are setbacks as far as Internet anonymity is matter of concern. The setbacks were highly noticeable in the Middle East, contrary to admirable gains witnessed in the “Arab Spring.” The non-profit advocacy group found declines in online freedom of expression in thirty two countries of the sixty five that were assessed since June 2014, notable declines being witnessed in France, Libya and Ukraine. Freedom on the Net 2015 report shows that 61% of the world’s population that lives in countries characterized by criticisms of the government, military or ruling family is subjected to online censorship while 58% of the population lives in countries where bloggers are jailed for taking to social platforms to share content on political, social and religious matters. For instance, Thailand was noted to be one of the worst offenders of online freedom, and its extremely strict lese majeste laws forbid anyone to insult the monarchy. 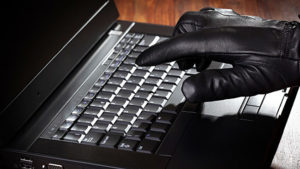 According to the latest report, many governments are increasingly censoring content from opponents especially on social platforms. These governments have gone to an extent of pressuring service providers such as Google, Twitter and Facebook to delete sensitive content. They are also piling pressure on individuals and private sector to remove or delete offensive content rather than filtering and blocking. They are trying to convince such persons to delete the content instead of blocking them due to the fact that online users are becoming more technologically savvy every minute hence able to circumvent any state-imposed blocks by using Internet anonymity tools. Freedom House notes that out of the 65 countries assessed, 14 countries passed laws over the past one year to enhance electronic surveillance. The report further notes that French citizens were among the most affected after new restrictions on online content were imposed. The country introduced a new surveillance law, further dampening Internet anonymity of its citizens. While online users strive to have Internet anonymity, a need that has seen them become more adept when it comes to evading website blocks and national firewalls, the governments on the other side have responded by increasing restrictions for the use of Internet anonymity tools and encryption technologies. China is a good example after it passed a law that requires telecom providers and ISPs to install “back door access” to all encrypted devices and traffic.

France came up with sweeping legislation that requires telecommunications providers and carriers to install “black boxes” to enable the government collect and analyze metadata on their respective networks. Libyans also had their online freedom highly compromised, with Freedom House citing that there is a troubling rise in violence against independent bloggers, escalating costs of mobile phone services, new political censorship cases and rising prices of Internet services. Ukraine is another country identified by Freedom House to be a culprit in disrespecting Internet anonymity of its citizens. In Ukraine, any citizen who posted content critical of the government policies was prosecuted. Additionally, there was increased violence especially from pro-Russian paramilitary groups fighting against online users posting pro-Ukraine content in eastern regions. These harsh punishments imposed on critics both in Ukraine have been linked with the ongoing conflict between Ukraine and Russia. The annual report further pointed out that a sizable number of countries in the Middle East as well as North America, where the “Arab Spring” emergence back in 2010 and 2011 was partially aided by social media activists, were cracking down on any government critic.

Freedom House ranked China as the worst abuser of Internet freedom in 2015. Chinese officials continue to squeeze the Web including cracking down more than 200 citizens for their online activities while at the same time blocking access to several virtual private networks (VPNs), used for Internet anonymity and bypass firewalls. Syria and Iran came in second and third in the list of the worst offenders of online freedom. Looking back to previous years, Saudi Arabia, Zimbabwe and Vietnam were rated among the governments that suppressed freedom of speech, but it seems this year things are slightly different. The expansion that has been enjoyed by the Islamic State group in Syria and Iraq as well as its brutal use of social media in tracking and punishing opponents has been noted to be a driving force pushing the Middle East to become a region that doesn’t grant online freedom to its people. 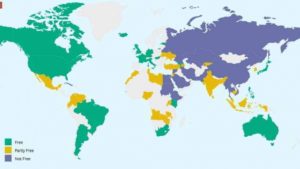 With more than 3 billion people having access to Internet, here is a simple breakdown of how their Internet anonymity or online freedom is violated.

61%: Live in countries that subject criticism of the government, military or ruling family to strict censorship.

47%: Live in countries where citizens were attacked or even killed for their online activities.

58%: Live in countries where ICT users or bloggers were sent to jail for sharing sensitive content on political, social & religious issues.

45%: live in countries where activities such as posting satirical videos, cartoons or writings can lead to censorship or jail term.

Although the general curve seems to be in favor of strict online censorship rather than Internet anonymity, 15 of the 65 countries that were surveyed registered some improvements. One notable nation is Cuba, which showed greater tolerance towards online criticisms of Havana by Cubans. Additionally, Cuba also reduced the cost of Internet access by half.