Internet anonymity isn’t necessarily associated with Tor network or VPN which both hide your IP address, location and your identity. It also means being able to open social media profiles without revealing your real name, as it was in the early days of internet before Facebook, YouTube, G+, and even MySpace. 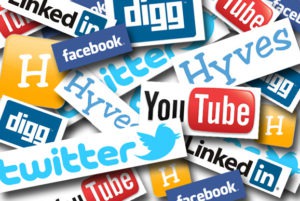 Ever since Facebook made it obligatory to use your real name, Internet anonymity has become questionable. According to a national survey, 86% of Internet users are taking steps in securing anonymity for themselves.

Although some believe that Internet anonymity provides security and comfort for people, in most cases people use it to misbehave, bully other people, troll across the internet, threat and even engage in criminal activities. So, Internet anonymity seems to be a double-edged sword.

And while Facebook still insists to use real names, Twitter and Reddit and similar sites are a bit more flexible and users are not required to use their real names; the main consequence being significant increase of bullying on these platforms as opposed to Facebook. Even Twitter’s CEO agreed that “we suck at dealing with trolls and abuse.”

New wave of concern for Internet anonymity has formed around people-rating app Peeple, and shutting down the anonymous app Secret. Peeple app is something like Yelp for people. What this means is that anyone who knows your name, phone number or your Facebook account can open a profile on your behalf and rate you! You don’t even have to be aware of it. Moreover, the reviews are permanent.

So, if you’ve kept yourself off the radar all this time, you will no longer be in control of your anonymity; sooner or later we’ll all end up on Peeple, all set to be reviewed.

Perhaps that’s not such a bad idea, after all. I mean, when buying a car or a cell phone, we do quite a bit of research on the particular device and on the company that sells it; so, why not do the same when picking new friends or partners?! The app became controversial even before its release. 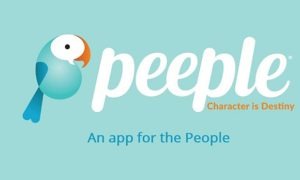 Speaking about Internet anonymity, its advantages and disadvantages, in her book “Hate Crimes in Cyberspace” Danielle Citron gives a list of all possible harassment crimes on the web and possible solutions to counter it. None of the solutions questions justification of Internet anonymity. Citron believes that bullies occur equally on anonymous and non-anonymous social media sites.

She proposed a couple of solutions such as clear guidelines, better reporting system, well presented explanations for punishments, and of course allowing users themselves to reinforce good or bad behavior.

One of the attempts in preserving Internet anonymity was project Rooms. It was based on IRC chat rooms, where people could openly discuss certain topics in a room, and messages are approved by moderators. Strangely enough, the project was unsuccessful and gained just a handful of users.

Secret anonymity app was another project that failed in its mission to allow users to openly exchange their opinions. The app was shut down by the founder himself, David Byttow, and the money, $35 million, returned to the investors. Byttow said it was the hardest thing in his life, but he didn’t have any other choice, since the network was growing fast and getting out of control. He was especially dumbstruck when he realized just how many trolls and abusers are out there. Whisper and Yik Yak also struggle with bullies but they are still holding online. 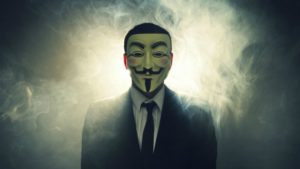 Perhaps the most worrisome thing considering Internet anonymity is the recent event that took place in Sidney. An anonymous threat was posted by user on the message board called 4chan. He threatened to shoot at college and campus. Police and the anti-terrorist squad were alarmed and the next few days they spent patrolling the area; fortunately, it turned out that the threat was a fake one.

Police later said that even though they believed the threat wasn’t genuine, they treated it like it was. Most of the students were not very upset about the threats; they believed it was made by a fellow student who just wanted to ditch classes and enjoy a beautiful day. But some of them were very upset realizing that similar things happen at some colleges across America, where shooting attacks occur relatively often.

One thing’s for sure – even though Internet anonymity provide fertile ground for abuse and even criminal activities; more and more people are becoming advocates of Internet anonymity and believe that there are other ways to secure safe communication among people.