On June 17th, 2015, the UN special rapporteur for freedom of media expression, David Kaye, presented a documented report on the importance of using encryption and web anonymity in virtual communications. His report was presented to the 29th session of the Human Rights Council for consideration. It recognizes the use of these technologies in helping people exercise certain privileges like the freedom of opinion, self-expression and online anonymity.

Senior researcher at Human Rights Watch Mrs. Cynthia Wong had said that strong data encryption and online anonymity are critical tools in protecting human rights activists, journalists, and other ordinary internet users in the modern age that we live in. It gives them a safe and secure place to express their thoughts without worrying about arbitrary arrests coming from the state, especially at a time when most governments around the world are looking for ways of expanding invasive surveillance programs. Some of the report’s key recommendations include:

I. Signatory countries should avoid taking measures that are aimed at weakening security for citizens who use the Internet, such as authorizing “back door” infiltrations, fallible encryption standards and corrupting key escrow arrangements. The report also requires technology companies to avoid building vulnerabilities into secured digital products, since this can greatly undermine the security of those using such products.

II. Countries should refrain from imposing blanket prohibitions on matters encryption and online anonymity, such polices only infringe on the rights of innocent people to access the web freely and are therefore not necessary. Some of these blanket restrictions include the state controlling importation and export of decoding tools and users requiring licensing before getting encryption on their respective PCs. 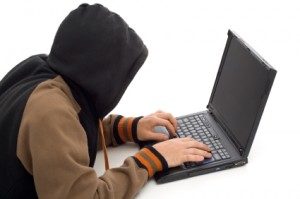 III. Nations should avoid making official identification of users a requirement before accessing web services, or SIM card registry for those who use mobile phones to browse the net. Any restrictions whatsoever on online anonymity should be based on logic, targeted on a specific case-basis such as when there’s enough evidence that one is using their privilege to break certain Internet laws.