In 2014, social media giant Facebook had announced that they blocked nearly 5,0000 content pieces from India during first six months of the year following requests by mostly government agencies.

According to India Facebook report for Government Request Report, the restriction of the pieces of content came about following requests law enforcement agencies of India and also the India Computer Emergency Report Team. The restrictions were done under local laws that proscribe criticism of the state or religion. 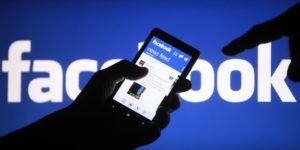 During his visit to the South Asian country in October 2014, Mark Zuckerberg, the Facebook founder, said he was open to helping Narendra Modi, the new Prime Minister, to connect remote and distant villages to the internet.

India also recorded the second-highest requests by government to access user accounts. It had 5,958 such requests, behind the US which requested Facebook to access the accounts of 23,667 accounts.

Government requests on the rise

The Deputy General Counsel of Facebook, Mr. Chris Sonderby, wrote in November 2014 in a blog post that the data show that government requests for content and data had gone up by 24% worldwide compared to second half of 2013.

Sonderby added that the giant social media company was working to push nations for greater transparency and also to reform surveillance practices required to build the trust of people in the internet.

According to Facebook, it is common for governments to request for data on Facebook users as part of the official investigations.

Most of these requests are linked to criminal cases such as kidnappings or robberies. In most of these requests, governments seek basic subscriber information like name and sometimes length of service. Some requests have gone further to ask for actual account content or IP address logs.

“Every single request that we receive is subject to checks for legal sufficiency. It is a requirement that officials provide us with substantive description of factual and legal basis for their request. When we realize legal deficiencies or vague overly broad demands for information, we push it back,” read a statement from the company.

The company further added that even where they determine that local laws would force them to disclose information, they only share basic subscriber information.

Why the number of blocks is increasing in India 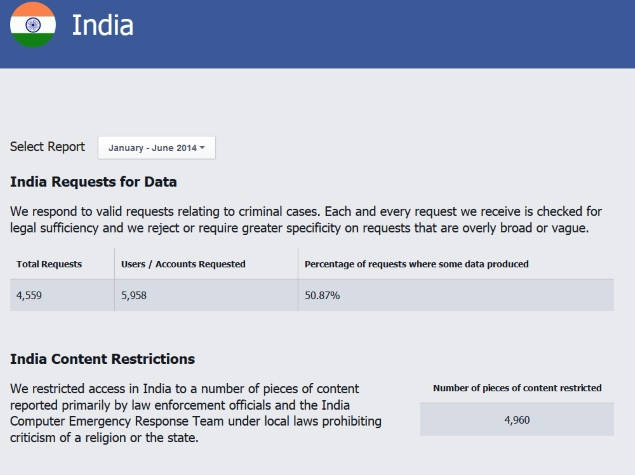 In the same period of time last year, only some 4,960 posts were blocked in India. In 2015 however, this number has increased by almost three times. While Facebook states that government-requested content blocks have gone up globally by about 18%, the most likely reason explaining the massive surge in blocks of posts in India is due to the growing political unrest in the country.

In the data released by Facebook in its biannual Government Requests Report, India requested to restrict 15,155 pieces of content, three times the requests it made during the same period last year.

Scientists have even come up with a way of determining mathematically the virality-quotient of a post. This describes how information spreads, social aggregations and higher dimensional groups.

There are some 130 million monthly Facebook users in India, which is the highest number of users after the United States. Greater number of users means great quantity of posts. With this comes even more hate mongers and individuals peddling falsehoods and information. Sometimes these people just want the information to go viral.

This is the third time that Facebook is releasing the report since its reception way back in 2013, and in the three years, India has been topping the list of content removal request.