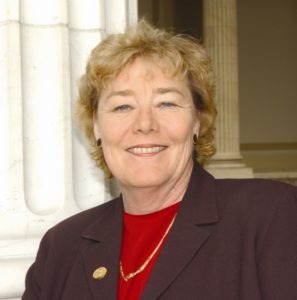 Zoe Lofgren, California Representative, wrote to Jeh Johnson, the head of the Department of Homeland Security (DHS), defending the right of library in New Hampshire as regards offering Internet anonymity. In her letter that demanded an explanation, she stated that the possibility of DHS employees persuading or pressurizing public as well private entities to degrade or discontinue their services, which would help US citizens protect their anonymity and privacy, has disturbed her a lot. Meanwhile, a congressman in California is trying to have a clear understanding about the idea of Internet anonymity and as to why the DHS singled out one small library in New Hampshire.

Towards the end of summer season this year, an agent from the Department of Immigrations and Customs Enforcement, a subsidiary of DHS, put pressure on the Kilton Public Library in New Hampshire. The agent persuaded the library to disable the Tor relay which it was making use of to connect to a network that offered Internet anonymity. Librarians working at Kilton, located in West Lebanon, unanimously voted for the library to continue to offer Tor relay services. In fact, they also decided that they would step up their game. In the meantime, a number of other libraries have also started joining the movement. 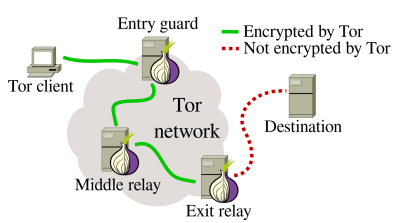 Tor relays, like the one that the Kilton Public Library is using, bolsters the Tor network which allows Internet users to access the World Wide Web without the surveillance of the authorities. This network is dependent on volunteers who donate bandwidth.

The library decided to temporarily stop the use of its Tor relay following the pressure put on them initially by the enforcement authorities. However, the library decided to reverse its decision and reboot its Tor relay. The local community has whole heartedly supported Kilton Public Library’s decision. Further, news outlets as well as civil rights groups all over the country have taken note of the issue.

Lofgren wrote in her letter addressed to Jeh Johnson that the product Tor network has been developed on the basis of research carried out at the DPRPA and Naval Research Laboratory in the United States of America. She also drew his attention to the fact that Tor network is being made use of by journalists, dissidents, intelligence sources, activists and other individuals who are concerned about their privacy and Internet anonymity. Tor enables them to keep details of their browsing activity private. The version of the Internet anonymity network that is being used currently continues to receive significant amount of funding by way of government grants.

The gist of the questions posed by Lofgren in her letter is as follows:

Question #1: Is the interference with the offering of the Kilton Public Library to protect the privacy of the Internet users the result of the policy of the DHS to persuade private or public entities from providing such services or is this an independent action by an agent without any kind of authorization?

Question #2: If an agent of the DHS has acted independently, what steps are being taken by the DHS to ensure that agents do not interfere in this manner with privacy protection services that are being made available to the public?

Question #3: Is there any other instance wherein a DHS agent was involved in either pressurizing or persuading private or public entities in either stopping their offering of privacy or Internet anonymity services or reducing the effectiveness of the services provided by them?

Further, Lofgren has requested the DHS to submit to her office relevant copies of the DHS guidance, policy or memo, if any, that deals with the issue of deterring or supporting the provision of privacy protection services by private entities, public entities or individuals.

It was Alison Macrina who helped the Kilton Public Library to set up its Tor relay system. Alison Macrina who founded the Library Freedom Project is passionate when it comes to this issue. According to her, libraries are the most democratic among public spaces. It is, therefore, important to ensure protection to an individual’s intellectual freedom, unencumbered access to information and privacy or Internet anonymity, she noted.